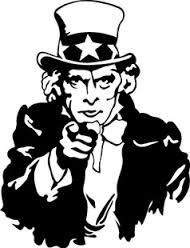 The problem of information has been studied by many schools of economic and political thought during the last half century. Neoclassical School of economics assumes that information is perfect and available for consumers and producers in order to achieve Pareto-efficiency. This assumption implies the cost of information is 0. In this way, the model of electoral competition asserts that citizens are perfectly informed. Nevertheless, robust theory and empirical research show that in the real world there is an asymmetric information, this is to say, politicians and citizens have not the same information and therefore does not exist symmetric information. Two reasons can explain this fact:

What are the consequences of the low political knowledge of citizens? In theory of information, citizens are expected to be rational, and being rational implies that they vote if the benefit exceeds the cost. So, in general, citizens are predisposed to vote. Problem is the cost of voting, determined by a set of complex variables, but considering imperfect information, we could say that apart from the costs of legal registration, poll hours, etc, one of the most important issues to considerate is the cost of information.

Some authors, like John G. Matsuaka, argue that there is a positive correlation between the amount of information and the probability of voting. In fact, Matsuaka explains a lot of factors which depends on the amount of information. For example, he proves that public employees and farm owners are more likely to vote. On the contrary, farm laborers are less likely to vote.The reason is that public employees and farm owners have a permanent relationship with the government and its political environment (due to labor relations, dealings, etc), and that is why they are more connected to information than farm laborers are. By the same token, a person with a high level of education is more likely to vote, because of her capability of getting information and analyzing it. These and other factors are explained by the same statement. Consequently, the most information one citizen can obtain, its voter turnout increases.

Moreover, given this assumption, how can we measure the price of information? The answer is not clear because of the complexity to measure the variables that may affect to the information. In fact, it is important to highlight, according to Austrian economists, the peculiar nature of information (subjective, tacit and dispersed).

In conclusion, the problem of information is not well supported by empirical data in terms of measuring the cost of information. That’s why there are two theories that deny the key role of information in increasing voter turnout: “Behaviour irrelevance hypothesis” and “Outcome irrelevance”.

Behaviour irrelevance hypothesis establishes that “for a variety of reasons, uninformed voters manage to vote as if they were informed; the outcome irrelevance champions, instead, argue that uninformed people do behave differently, but that the final electoral outcome is the same that a perfectly informed electorate would choose” (Larcinese, “Political Information, Elections and Public Policy”)

As aforementioned, we can explain a correlation between the amount of information and the probability of voting. The theory of information assumes that citizens are rational and they vote when the benefit of voting is higher the cost of voting. So, theoretically we could minimize the price of information in order to increase the amount of it received by citizens. In this way, the influence of mass media is indisputable, producing a controversial debate about whether mass media can affect to electoral outcomes.

According to this, the theories of mass propaganda became very famous when politicians found an important tool to persuade citizens of their electoral outcomes. Nevertheless, the first studies of mass media’s effects denied that advertising could persuade citizens. The debate of real effects by mass media and advertising has been extended to other economic issues (Galbraith and Von Hayek analyzed the role of advertising like creator of new necessities for the consumer). Then, we can consider that the choices of advertising in mass media are two: informing or persuading citizens. One critics to campaign advertising in mass media is that it does not really inform at all, and it may be used by one candidate to damage the leadership of his rival, and creating a danger influence in citizens.

We can conclude that in this matter, campaign advertising has an influence (directly or indirectly) in information through mass media to the citizens. The idea of persuading is difficult to support in empirical evidence, and some arguments explain that advertising can not change radically someone’s decision.

Application: Regulation in Spain of Mass Media and Information.

In order to analyze the role of legal institutions in mass media and information, we are going to introduce a real example, concretely the case of Spain.

Spanish legislation has developed the legal mechanisms to regulate election advertising, with the goal of guaranteeing the political pluralism and equality among political parties. Thus, we can consider two important measures:

– First, prohibition of election advertising contract. We must assume that not all the political parties have the same economic resources. Then, the prohibition is established in television channels to prevent that the richest parties can invade mass media and get more advantages than the other parties. In private press and radio, campaign advertising is allowed, but always specifying that it is advertising. In addition, any kind of discrimination between parties in terms of prices, schedules, etc. is not allowed.

– Second, free spaces. Political parties have the right to provide free spaces in public radio and television channels. These parties must meet some requirements, but the access is guaranteed to every political group.

Analyzing both measures we can approach to the thesis of this essay: The key question is that if Spanish legal framework establishes the prohibition of election advertising contract and imposes free spaces in public radio and television channels, these laws seem to consider mass media only like tools for the political parties to create propaganda and persuade citizens. Spanish laws have focused on the idea of mass media like a danger tool of persuading and manipulating citizens, denying the basic goal of it:  information.

The consequences of this fact in Spain lead to a poor political knowledge and low information, because of the rigid legislation.

Therefore, a simple thesis we can offer in this essay is: The amount of information a citizen can obtain does not depend only on his capability to get it (education, income, proximity to government, etc), but also on the legal framework which regulates the political information and, depending on the way it is regulated, this information will be more or less available to the citizens. Thus, amount of information is not only a matter of the citizen, it is also a matter of the State and the flexibility of its regulation.